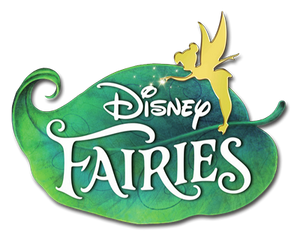 Disney Fairies is the multimedia franchise that is at the heart of this wiki. In its entirety, it serves as the prequel to the Walt Disney Studios 1953 film, Peter Pan, in that it depicts Tinker Bell's life before she met Peter and Wendy.

As a part of the pre-Pan story lines, Tinker Bell, often just called "Tink", has a wide range of other friends and family, most of whom are also fairies living in Never Land. For this reason, these main characters — the most persistent of whom are Rosetta, Iridessa, Fawn, Silvermist, Clank, Bobble, Fairy Mary, Vidia, Terence and Queen Clarion — are called "Never Fairies".

As with Peter Pan, a key narrative point of most films is a trip taken from Never Land to what's called "the Mainland", largely a euphemism for England, which is often depicted as simply London. Another recurring theme found in much of the material is the fact that individual fairies have specific "talents". The films repeatedly teach that happiness is derived from accepting one's talent and therefore enjoying the work that flows from it.

Because the films focus on Tinker Bell, whose talent is tinkering, many solutions to narrative problems centre on Tink's ability to problem-solve and build things. As such, the franchise is one of the few in popular culture to revolve around someone who is effectively a female engineer.

The franchise, though multimedia in nature, is not particularly unified. Its most visible component — a film series begun in 2008 with the movie Tinker Bell — has narrative continuity which it shares only with the original 1953 film. Books, comic books, and magazines, though abundant, are often at variance with the continuity established by the films. Additionally, even though the franchise is global, some of the non-televisual stories are available only in certain geographic regions. Disney Fairies Magazine, for instance, has never been made available in the United States, and issues may not be the same from country to country.

Non-narrative Disney Fairies-branded merchandise is a key component of the franchise. Disney Consumer Products retains overall control of this aspect of the franchise, and it leverages the brand across a wide variety of products from toys to clothing.

Community content is available under CC-BY-SA unless otherwise noted.