Brenda Song
Chloe is a garden-talent fairy main deuteragonist of Pixie Hollow Games, both in the short animation and Comic Series.

In Pixie Hollow Games (special), both the short animation and the comic series, Chloe, who trained and studied for the Pixie Hollow Games, eagerly volunteered to enter the event believing that she could end the garden fairies' longstanding losing streak. But Chloe's enthusiasm was equally matched by her already-reluctant partner Rosetta's disgust at things like riding frogs and sliding down slime slides. However, in the end Rosetta pulled herself together for the last competition. They nearly lost due to Rumble's cheating, but Rumble's more honest partner Glimmer refused to cross the finish line before they did, putting the team in first place. 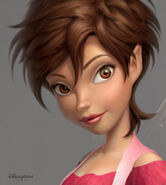 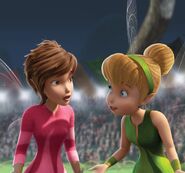 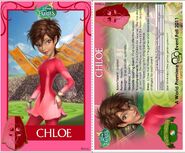 Rosetta and Chloe in the comic series
Community content is available under CC-BY-SA unless otherwise noted.