What's on your mind?

I've been trying to find a list to compare my own made up list but haven't found anything and the number of books is also super confusing. It's impossible to find all of the books but I want to give it a try.

You might have noticed that the wiki looks a little different- okay, a LOT different!

That's because I've been tinkering a bit behind the scenes to create a brand new look for the New Year! I was so excited that I ended up revealing it a little early 😅✨

You can read about the changes that have been made on my blog post:

Check it out here!

I hope you all have been having a flitterific holiday season. You've all done some seriously amazing work on this Wiki this past year. Hopefully 2022 will be a great year for everyone in the Disney Fairies fandom! 💖

Excuse me? Uh, uh, excuse me, does any one know specifically a way to add audio files to quotations?

I think he needs more love. 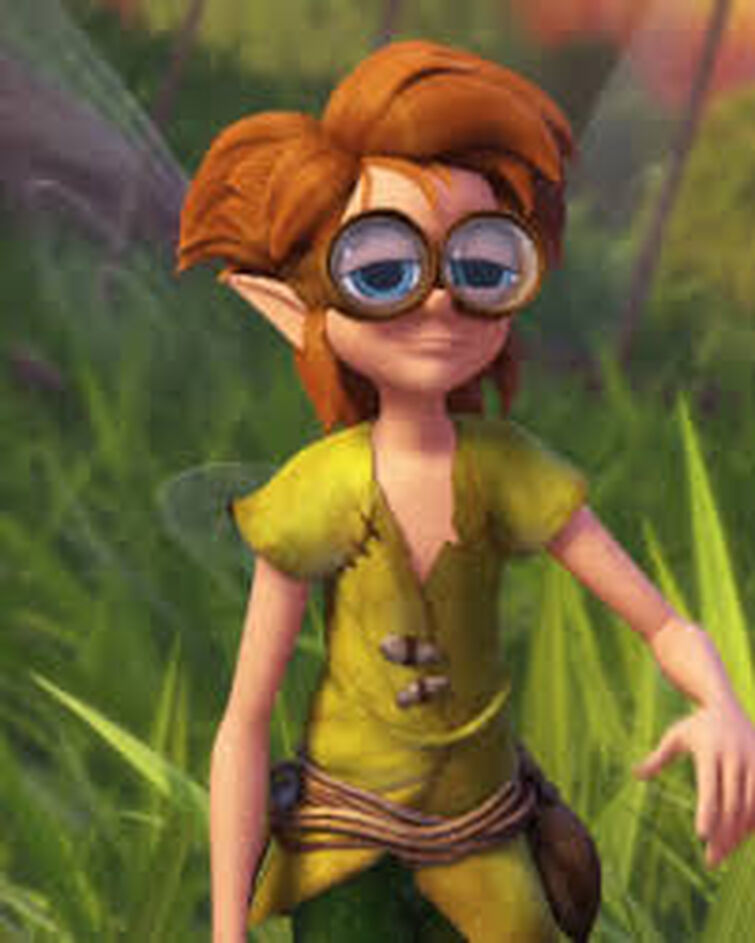 My second grader keeps talking about a scene where tink loses her wings and has to use leafs to fly. There's a part when she earns her wings or something too. We've watched all the movies this week again, but we can't find it. Maybe it's from a different movie?

Gwendolyn Carlisle is a descendant of Wendy Darling.

Gwendolyn's mother and grandmother both appear in the books.

So, some of the dolls came with interactive DVDs and stuff that promoted the scrapped 2007 movie. Idk if all of them are different…? But someone made a video a while ago showing some of the content. 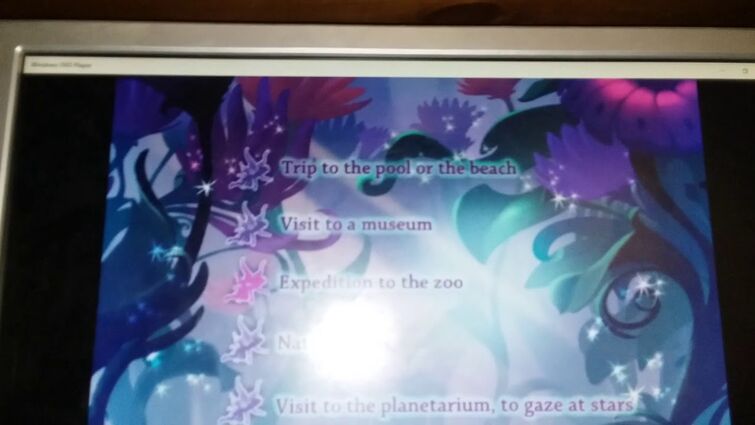 Tinker Bell and the Ring of Belief

Hi I'm new here I love disney fairies with my whole heart my favourite character is Fawn and yes I'm so excited to join this fandom!!!!!!!!!!!!!! Can't wait to chat with you all!!!!!!! Who are your favourites???

Hello there, fairies and sparrowmen!

I am the newest addition to the Disney Fairies Admin team! I'm so grateful to have received this position, and I will continue to work hard and help make this wiki the very best source for Disney Fairies content out there!

As it's been a while, I'd like to update you all on our Wiki's current state of affairs.

Our current Admins are:

Our current moderators are:

The administrators of the wiki are currently the most consistently-active members of our community. If you ever have any questions or concerns, don't be afraid to reach out to us!

As I post this, Fleur is currently on a break, so I'm flying solo 'til she gets back. For now, I'm your go-to if you need help deleting things, have concerns about the state of the Wiki, etc.

Let's all work together and keep the memory of Disney Fairies alive!

I have come to this wiki because I wanted to know how Periwinkle's name was spelled (English not being my mother language), and ended up finding a rather bad choice of colors for the links. I had to get closer to the screen in order to properly read the yellow links on the white background.

When reading, it's best that the text doesn't blend with the background. Choosing a soft blue or even green color for the links should improve the readability and reduce eye strain on the readers.

Just make sure the contrast isn't too strong, so the color doesn't become obnoxious, though. It's easy to go too far when course correcting and ending up on the same place. 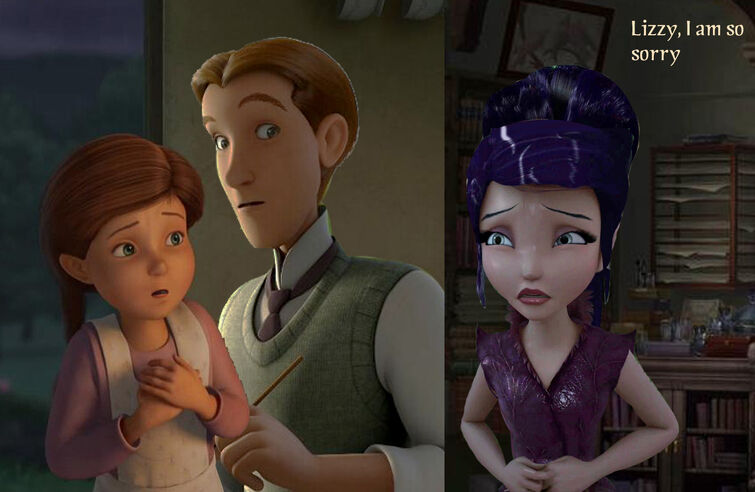 This scene would be for the film, Tinker Bell of the Lost Boys. This would show us how Tink met Peter Pan, and how she became that stuck-up, snobbish, obnoxious, hot-headed, attention obsessed fairy who is gushing over Peter, how she deliberately abandoned her friends and left Pixie Hollow, and how she became mute.

In the scene, Vidia was turned into a human, went to the mainland to get Lizzy and her Father, Dr. Martin Griffiths, Upon seeing her and as a human, Lizzy wondered why she become one, but the only response is quickly pulled into a hug as Vidia cried for the way she acted to her, (according to the Misunderstanding last year) and had to explain to them that Pixie Hollow is in desperate trouble and they needed to help. She also explained that she and Tink got a huge fight, of how she saw Tink sneaking off again and hanging out with the lost boys who were the boys reported missing from their homes. And with a cocky, pompous boy who seemed to believe he owes Neverland and acted like a tyrant, fighting indians and pirates.

The fight even became worse when Vidia began telling Tink off for sneaking out and stealing that Pixie Dust, she even explained that Queen Clarion made hard decisions to forbid Tinker Bell to build anymore inventions or anymore gadgets to avoid anymore disasters, and even forbidding her to go to the Mainland because Tinkers don't go to the mainland, and because of the misunderstanding and her fascination towards the humans of how she nearly exposed their existence, not to mention how embarrassed it was when she had the misunderstanding to happen either way and was going to reveal herself to Lizzy's father and shout at him anyway without Vidia holding her back.

Vidia tried to reason with her and told her to take those six boys back to their homes but Tink wouldn't listen, stating that they want to stay in Neverland and never want to grow up ever, and she didn't stop yelling at her, she even stated she was better off with the Lost Boys instead of fairies like her, and even worse, she said she thought Vidia had changed but was still a grouchy, jealous, self-observed, pompous jerk to her and that she made her wanted to pull her hair out for the way she acted to her. Vidia slapped Tinker Bell for being that way, and told her to stay out of Pixie Hollow then, putting an end to their short friendship, though Vidia didn't really want Tink to leave.

Lizzy, feeling bad for Vidia knew the feeling, she didn't want to push Tinker Bell away, but it was for the best for both kinds that Tink wasn't meant to be at their house or be in their sight to pretend they've never met and the misunderstanding never happened. It explains why Tink came for a visit and told Lizzy to come with her to Neverland where they would never leave and never grow up forever, but Lizzy stated she couldn't because that'll lead to selfishness and couldn't abandon her father that way. Lizzy and her Father, Dr. Martin agreed to help Vidia, head to Neverland and save Pixie Hollow or even the Pixie Dust they have left. But first they would have to comfort Vidia, as Lizzy hugged her and Martin let Vidia bury her face into his chest to weep as they all embraced.

Any possible dialogue based on this, be my guessed. 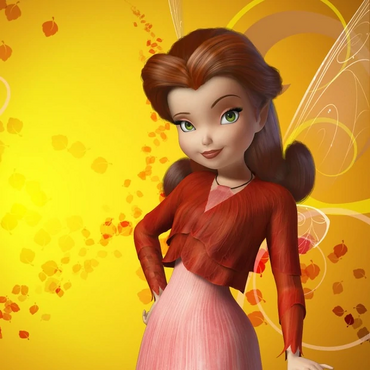 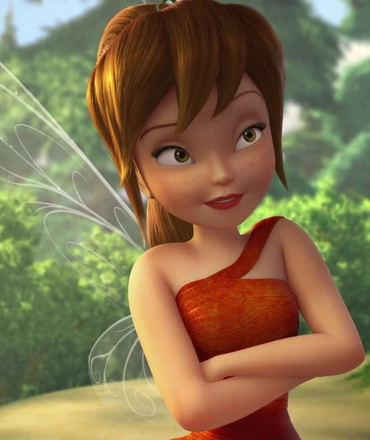 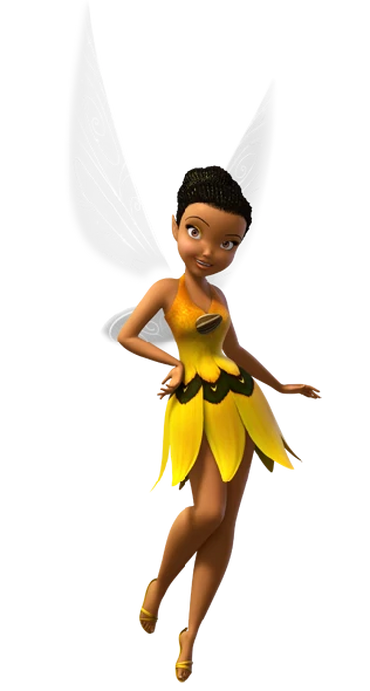 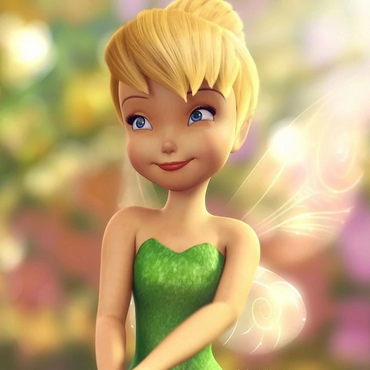 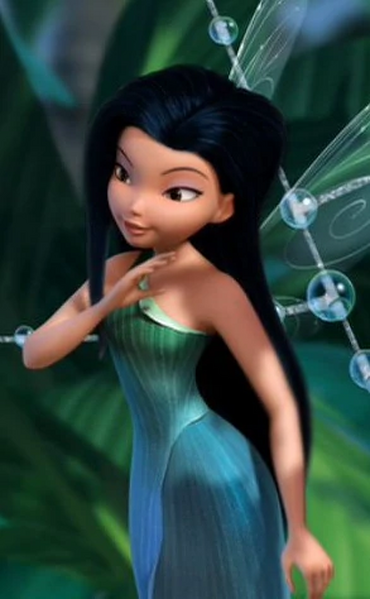 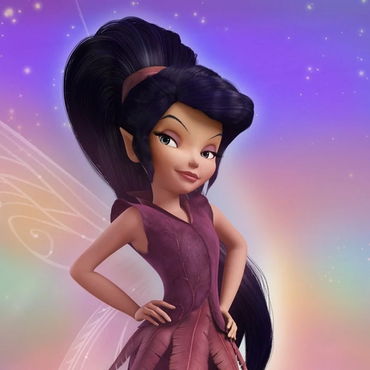 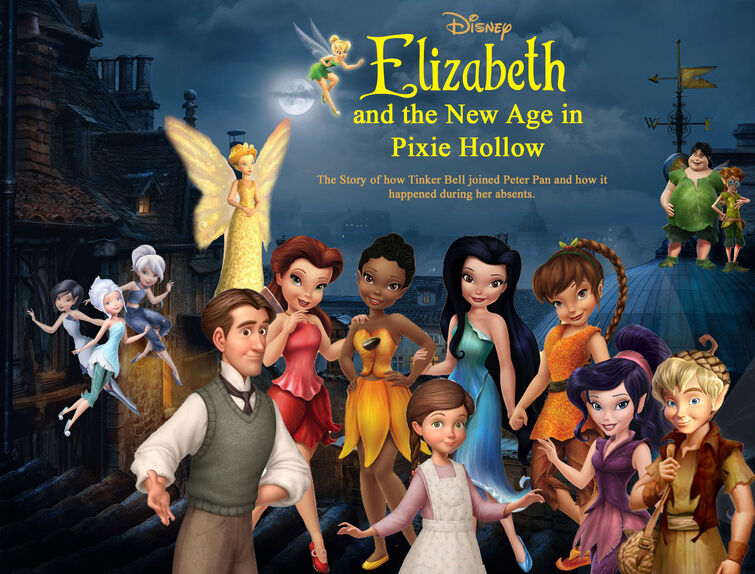 I wanted to say this is because I feel like we should need a few more Tinker Bell movies, mostly one that'll feature how Tinker Bell joined Peter Pan and left her friends behind,

but i don't give up hope since I'm pretty sure there are other ways to make Tinkerbell movies then DisneyToon studios that don't exist anymore.

I won't give up hope and I never will till everything is finished, including how Tinkerbell met Peter Pan, (I mean DUH everyone likes to know how these 2 met). And I am going to be honest since I've never really watched Legend of the Neverbeast, because I didn't like Fawn's new look, and also because I was expecting a different film that comes after the Pirate Fairy that featured Peter. (It's not like we could time travel and have them replace the story with a different one.) But anyway, It would feature Lizzy (now Ten years old) and her father, Dr. Martin Griffiths be turned into fairies by a special pixie dust who can turn a human and fairy into a human or fairy at will, and live in Pixie Holloe.

That way we could only needed just one to explain it all, though it would feature mostly Lizzy and her father, of how they made a new age in Pixie Hollow, and created the home tree in the books, and Tinker Bell, again as the secondary protagonist besides Lizzy as well, would show us how she first met Peter Pan, and how she turned the selfish, stuck up, snobbish, and obnoxious fairy she was in the original Peter Pan movie after selfishly abandoning her own friends like that. And what were Tink's friends doing while they were absent in Peter Pan?

Heck, I'm still thinking on the other chapters for Lizzy's story, but I also made another switch of the Fall of Tinker bell which would show your version of how this event happen, and with Vidia and Tink's huge fight and how Lizzy and her father must help protect Pixie Hollow.

So we could start a petition of this idea.

Is that based on something from folklore?